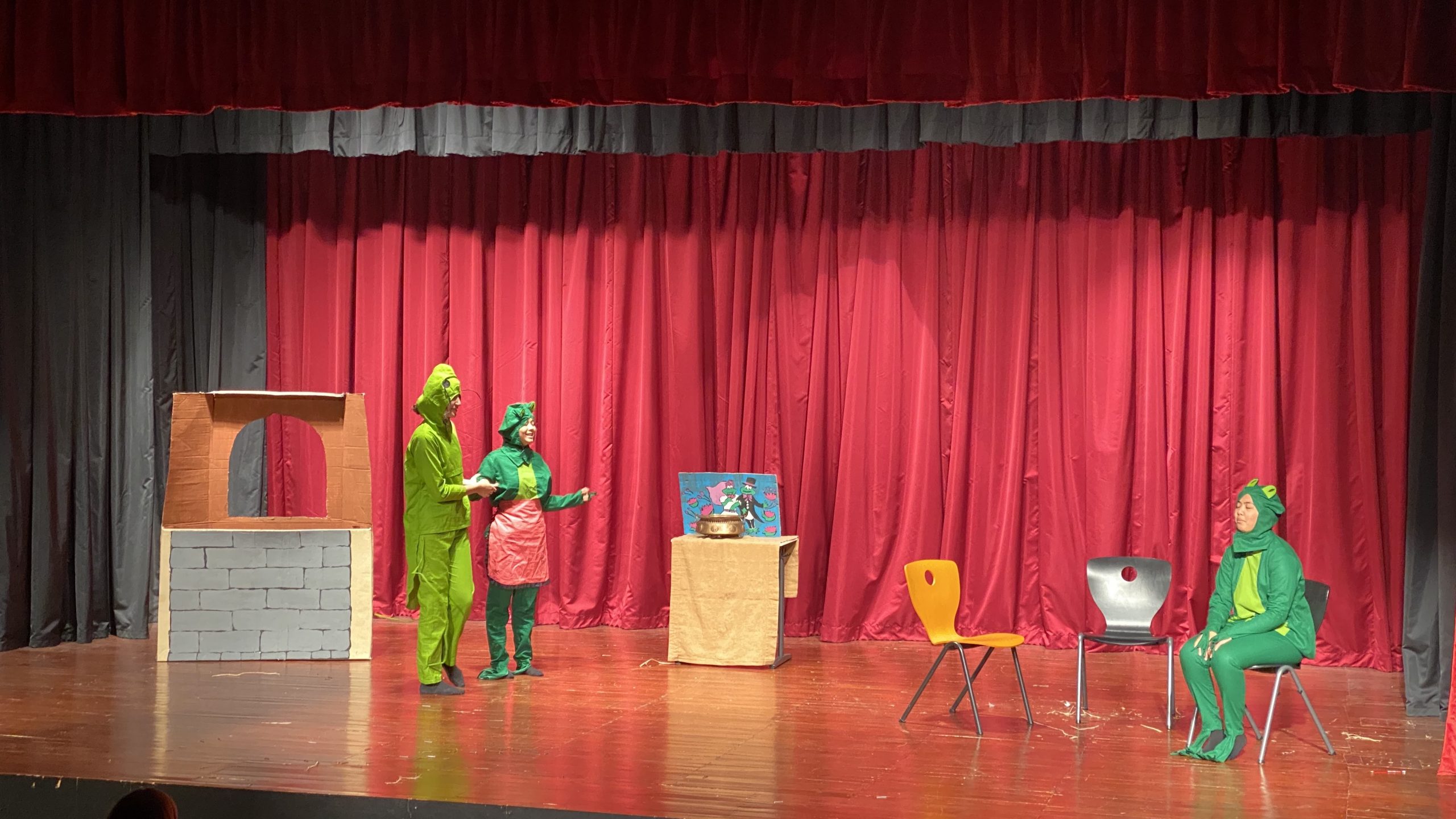 Lincoln’s high school theater class treated the elementary school students to three moral tales today. The secondary students have been working on their production for the past six weeks and were tasked with creating the plays from scratch. Their work included: costume design, set and prop crafting and painting, blocking, learning lines, and practicing! The three plays were “The Swineherd,” “The Bag of Nails,” and “The Frog and the Grasshopper,” from which the lessons of treating gifts given to you with respect, learning to control one’s temper, and accepting others as they are were creatively expressed. This culminating project for the theater students served as a means for them to learn about children’s theater and give back to our community. 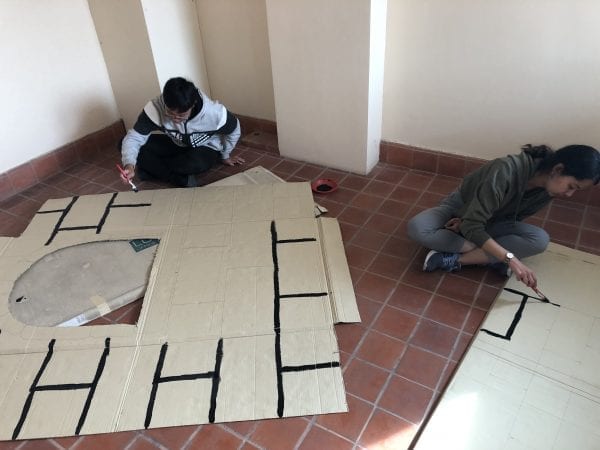 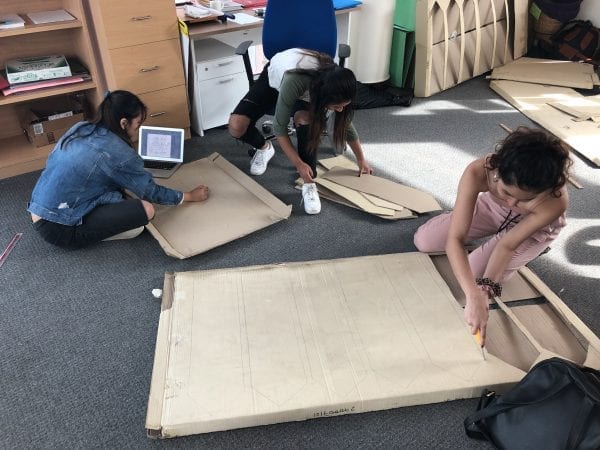 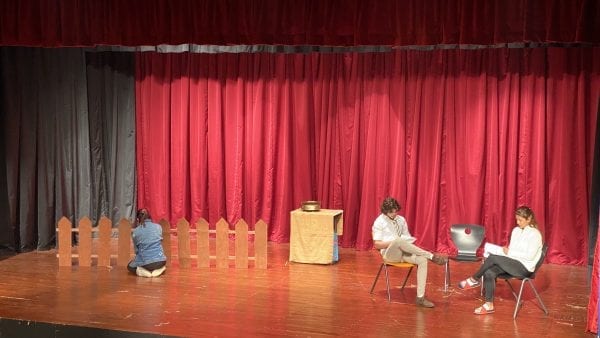 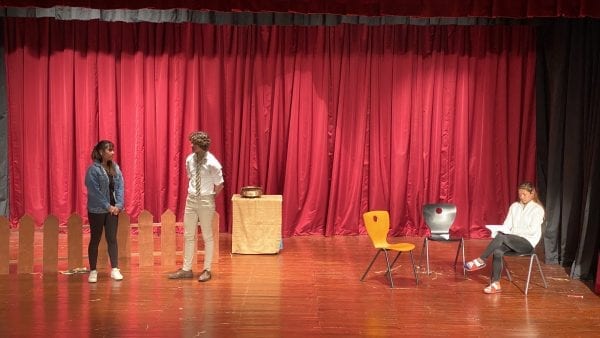 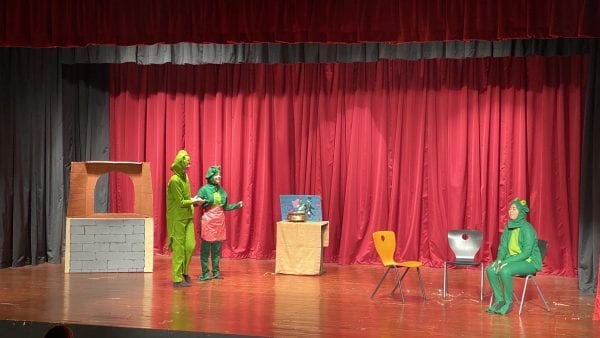 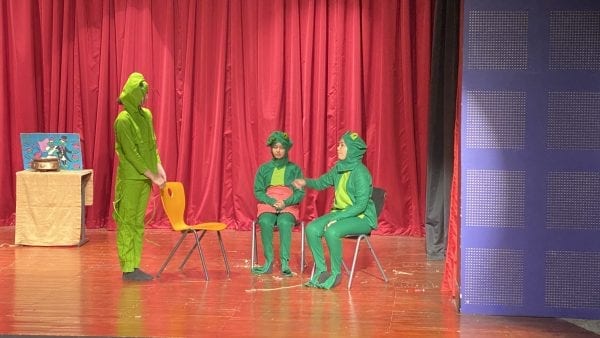