06 May 2015 - Athletics, Activities, Aquatics, SAISA
The 2015 Lady Leopards football team had an unforgettable experience in Dhaka this year working as a team to capture the championship title. Lincoln School competed alongside five other SAISA teams , AISD, TAISM, AISC, OSC, and ASB. With our rock hard defense, skillful midfield, and agile offense Lincoln was unbeaten.
The opening game was against last years champions AISD, we surprised them with an early goal scored by Lina Gulbrandsen and held our ground till the end winning 1-0. Our next game was against TAISM at 11:00 the hottest time of the day and still, with the header goal by Emma Shrestha just before half time, another win 1-0.
On day two we played Bombay just before the lunch break and fought hard, scoring the first goal was Lina Gulbrandsen early in the first half, but conceded a penalty on a hand ball. Unfortunately we missed a penalty and finished in our only tie in the tournament 1-1. Later that day we had one of our most important games, this game assured us that we would compete in the finals. We played OSC, a very strong team in the tournament and Emma Shrestha scored the first goal from a through ball. After the half, they scored an own goal followed by Lina Gulbrandsens off the post goal , finally to add on to our lead Laura Herrens volley over the goalkeeper. OSC did score one goal from a punt by a defender, a huge win 4-1.
On the last day the team played Chennai and put all of the substitutes in to rest our starting team for the finals match. Lincoln won 1-0 with a goal scored by Karuna Sakya-Hooper in the few minutes she and some of the starting team players were in.
During the next game, when the team was watching Bombay vs. Colombo which would decide who went to the finals, a small earthquake hit and the Lady Leopards’ first thought was is if the epicenter was Nepal. Soon after we searched the web for any news and on many news channels we found that Pokhara is where the earthquake hit. For around an hour everyone tried to contact their parents all at once, it was a room full of crying, terrified girls, worried for their families and friends back home. After everyone contacted their families and found out everything was fine the team decided they would win for their country, they would win for Nepal.
The time for the finals to begin had come and each and every player was to give it their all. To start things off was a goal, off the post in from Karuna Sakya-Hooper, this got the team’s spirits up and hungry for more. All the team did was put pressure and take advantage of their mistakes, the next goal, also scored by Karuna Sakya-Hooper was a small tap into the left corner of the net, taking advantage of the defenders misplacement. To finish the halfs scoring, Laura Herren yet again a volley to the top of the netting, 3-0 at the half. The goal for the second half was to keep pressure, and after a few minutes Emma Shrestha scored from way out. Colombo finally got their glimpse of hope when they scored off of a beautiful corner kick, but in the end Lincoln came out on top, winning the title 4-1.
The Lady Leopards celebrated and were all in shock of what they had all accomplished, this may very well be the best moment of their lives. being underdogs in the tournament because they had lost mostly all key players. This year they started fresh, but they played as one, and they played as a team. 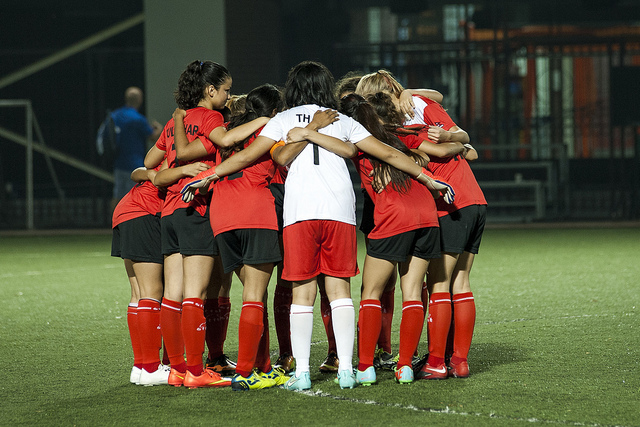 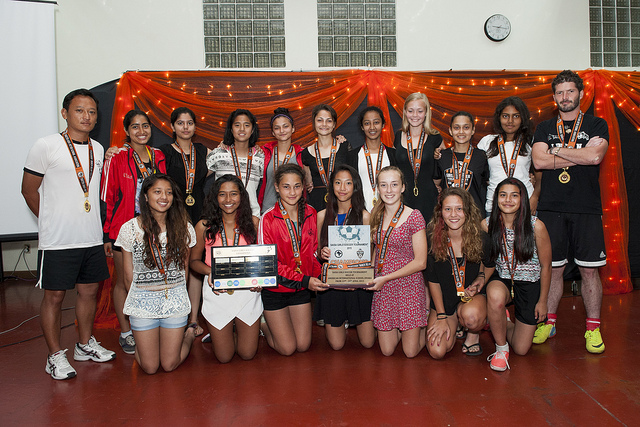 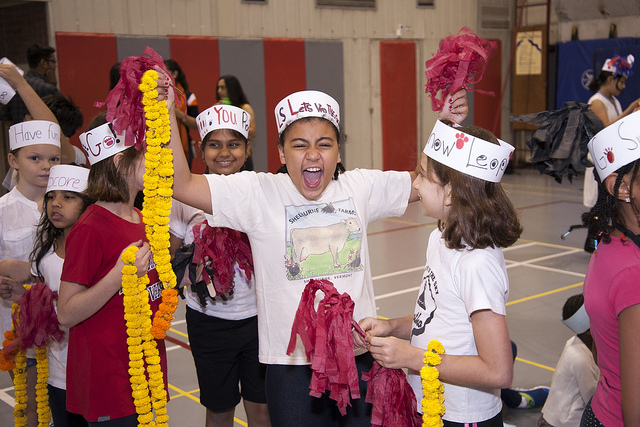 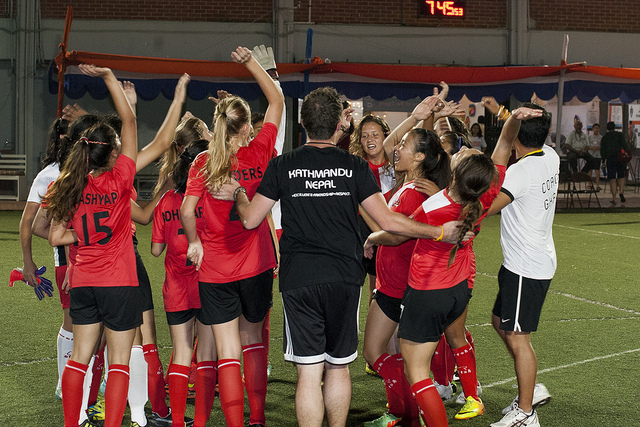 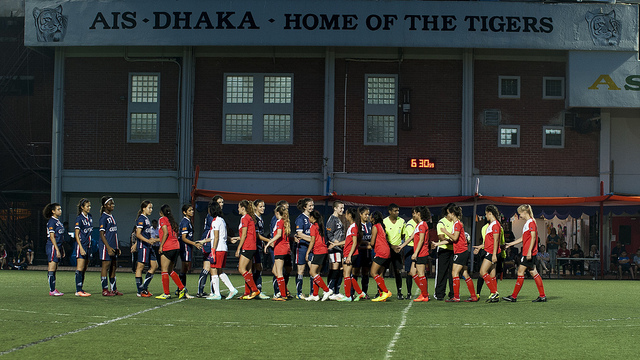 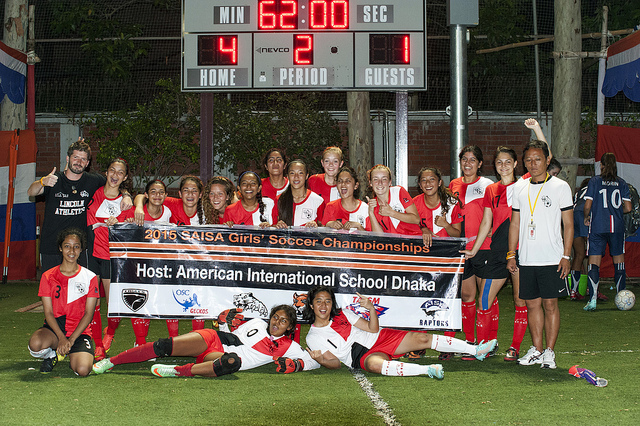 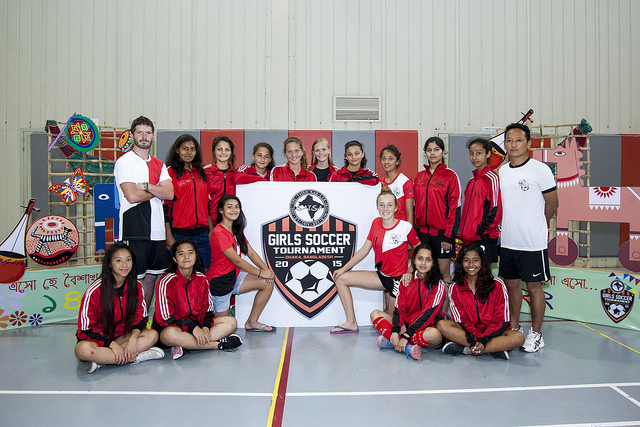 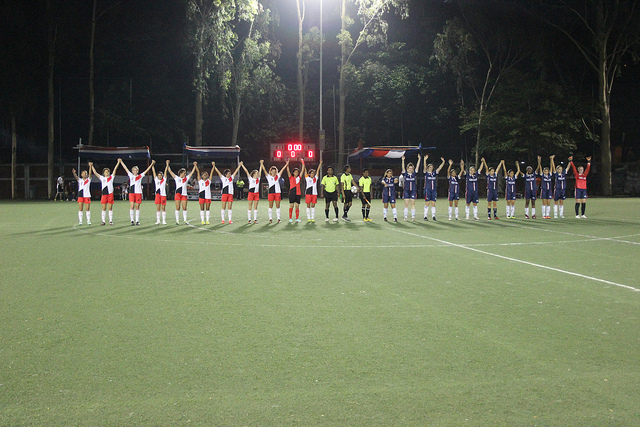 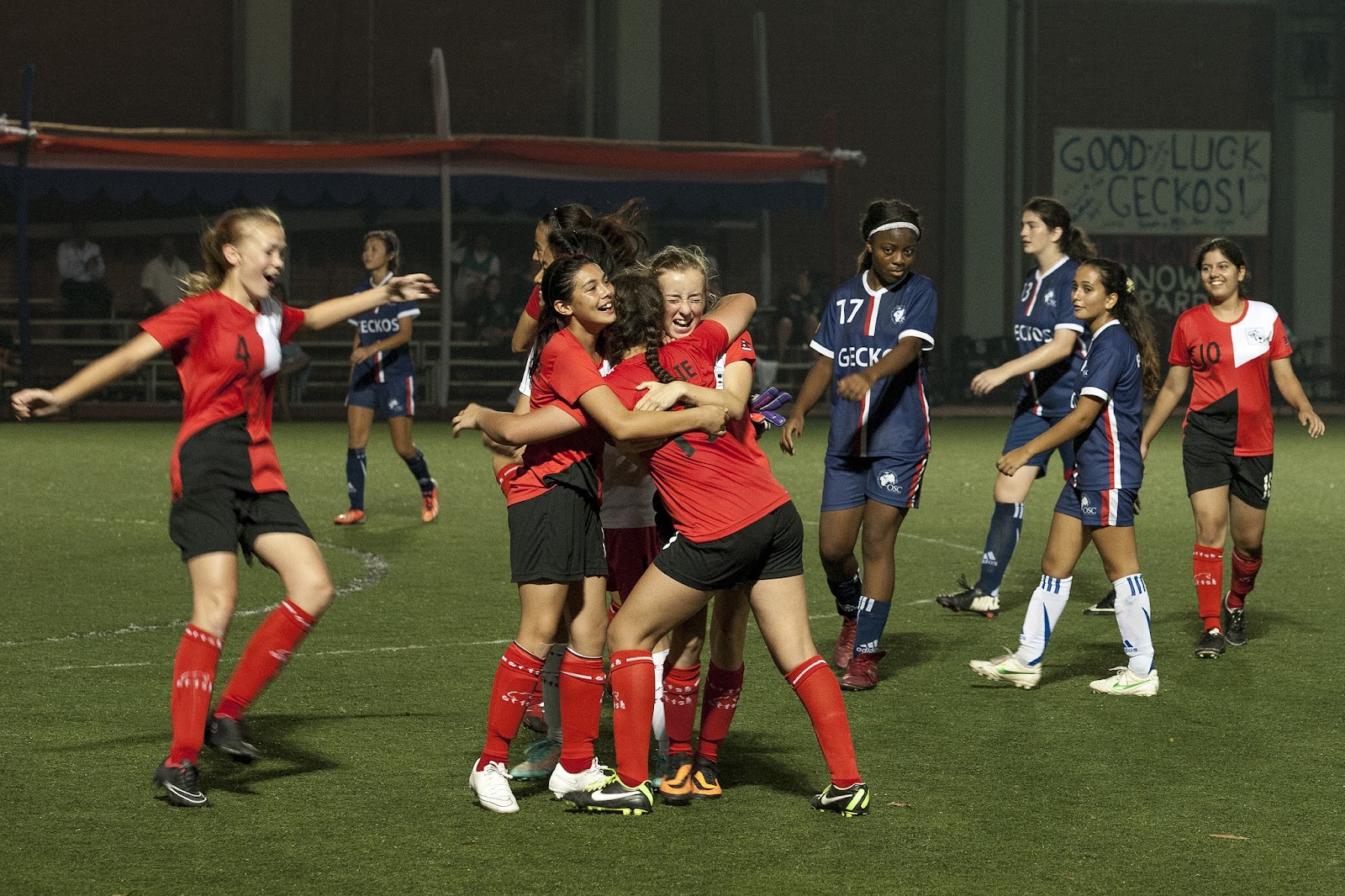 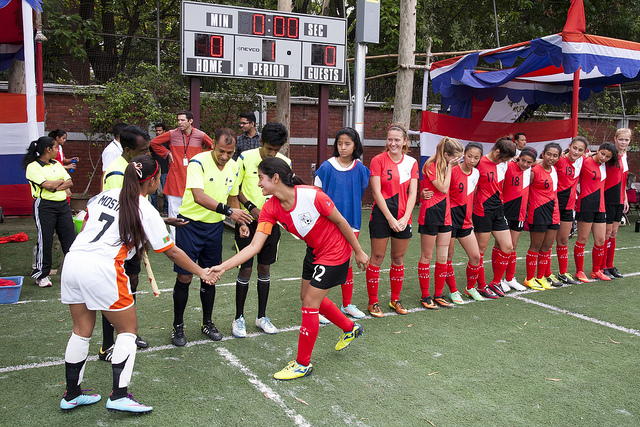