15 Feb 2016 - Athletics, Activities, Aquatics, Basketball, SAISA
As the youngest and most inexperienced team in SAISA, Lincoln School’s Girls’ Basketball Team 2016 demonstrated true heart and passion for the game, as it took place in Kathmandu on February 4th-6th. 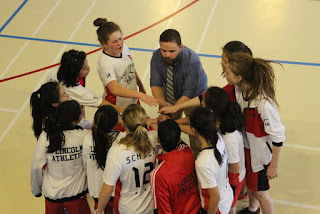 Slightly intimidated by the height and size of our opponents on the first day, our girls played games against AISD’s Junior Varsity team, as well as the OSC Geckos’ team (last year’s reigning champions), and took the win in both matches. This is when we realized that our chances in this tournament were not to be minimized by our size, but in fact increased by our incredible unification, speed, and team work. Other teams started to watch us that day, aware that we are stronger than anticipated, more unified than previously thought, and that if we work well together, we have a high chance of winning that trophy. 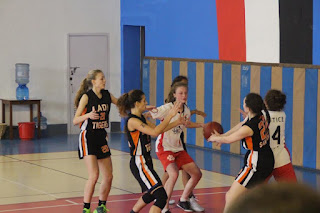 The tournament was definitely not over yet, and the games on the second and third day challenged our stamina and endurance as we took on the Chennai Raptors with extreme determination, and winning the quarter finals against the KAS Knights that afternoon. We celebrated our win into the semi-finals, aware that our most challenging game was still ahead. The two games on the second day demonstrated what we had worked so hard to achieve during practice with our “suicide” running; our prevalent endurance and consistency. 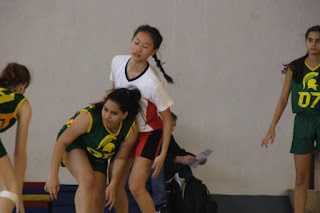 Throughout the tournament, our team stood out as the “family”; the one group of girls who completely relied on each other on and off of the court. We went into this season barely knowing each other and seeing a couple of new faces, to reaching a level of friendship so strong it showed on our faces as we won game after game. 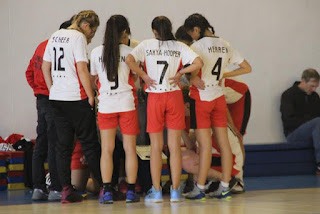 In the end, the Lincoln Girls’ team took the third place medal in the whole tournament; a well deserved award. Our whole team was incredibly happy to have taken part in this tournament, to have worked with our passionate coaches Coach Zaheer and Coach Nielsen, and feel that it was one of the best learning experiences.
By Laura Herren
Share
Print page