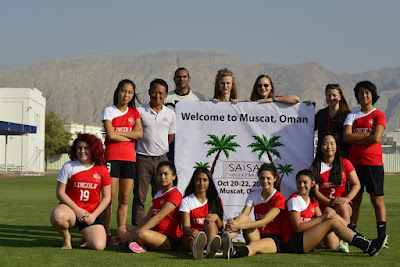 The Lincoln School girls’ volleyball team started their SAISA journey with an early flight to Muscat, Oman. Arriving in Muscat, the girls went to their host house for a long nights rest before the tournament began. Calm and ready for the first day, the girls won their first game against Lahore easily. The girls seized the second game with a mighty 25-1, 25-2 win. The first day seemed to be just a warm-up for the rest of the championship.
The second day was a marathon. The girls had to play three games in comparison to the previous day’s two. Breezing through the first game, Lincoln had to play Dhaka for the second game. By far this was the girls’ closest game, barely winning the first set 26-24 and smoothly taking the second set 25-19. This was the toughest game for the girls’ mentally, however they stayed consistently positive through every point. Exhausted by the previous game, the girls were a little tired playing Bombay, but they took it in their stride and nabbed another win. By this time the girls knew that they were playing ACS (a new SAISA school) in the semi-finals. 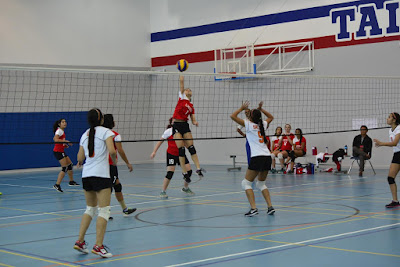 With the nights rest to recuperate, the girls were excited going into the last day. The coaches had closely been watching ACS, thus the girls knew the weak areas of their opponents and they capitalized on that. The girls were in the finals against the home team TAISM. What is more, this was the fourth consecutive year that the Lincoln School Girls’ Volleyball team had made it to the SAISA Championship game. An astounding feat for our small school. 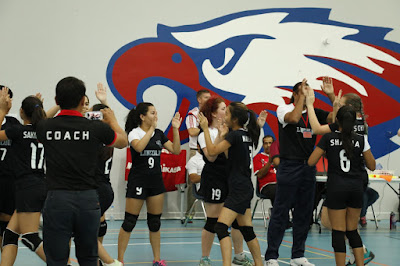 When 2:00 rolled around, an hour before the final, the team started their warm up routine. A crowd started to build in the gym in support of the home team. The girls kept their calm. The plan was to play this game the same way as all the other games. The first set started and Lincoln created a strong lead early. It soon became apparent that the TAISM team was folding under the pressure to win the finals. The girls’ volleyball team rolled straight through TAISM in the final, sweeping the championship in straight sets 25-14, 25-9, 25-15. Soon after their win, the girls were watching the boys’ snatch their championship and anxiously waiting for the news about the swimmers. This volleyball team was reliable and consistent on the court. Without a doubt a very strong team and a class above their opponents in the SAISA competition. 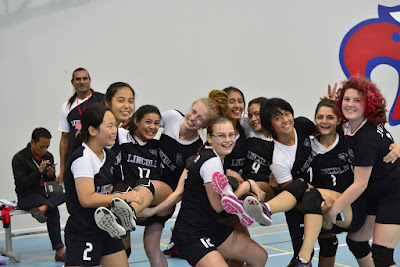