The Journey of Champions: Boys’ Volleyball 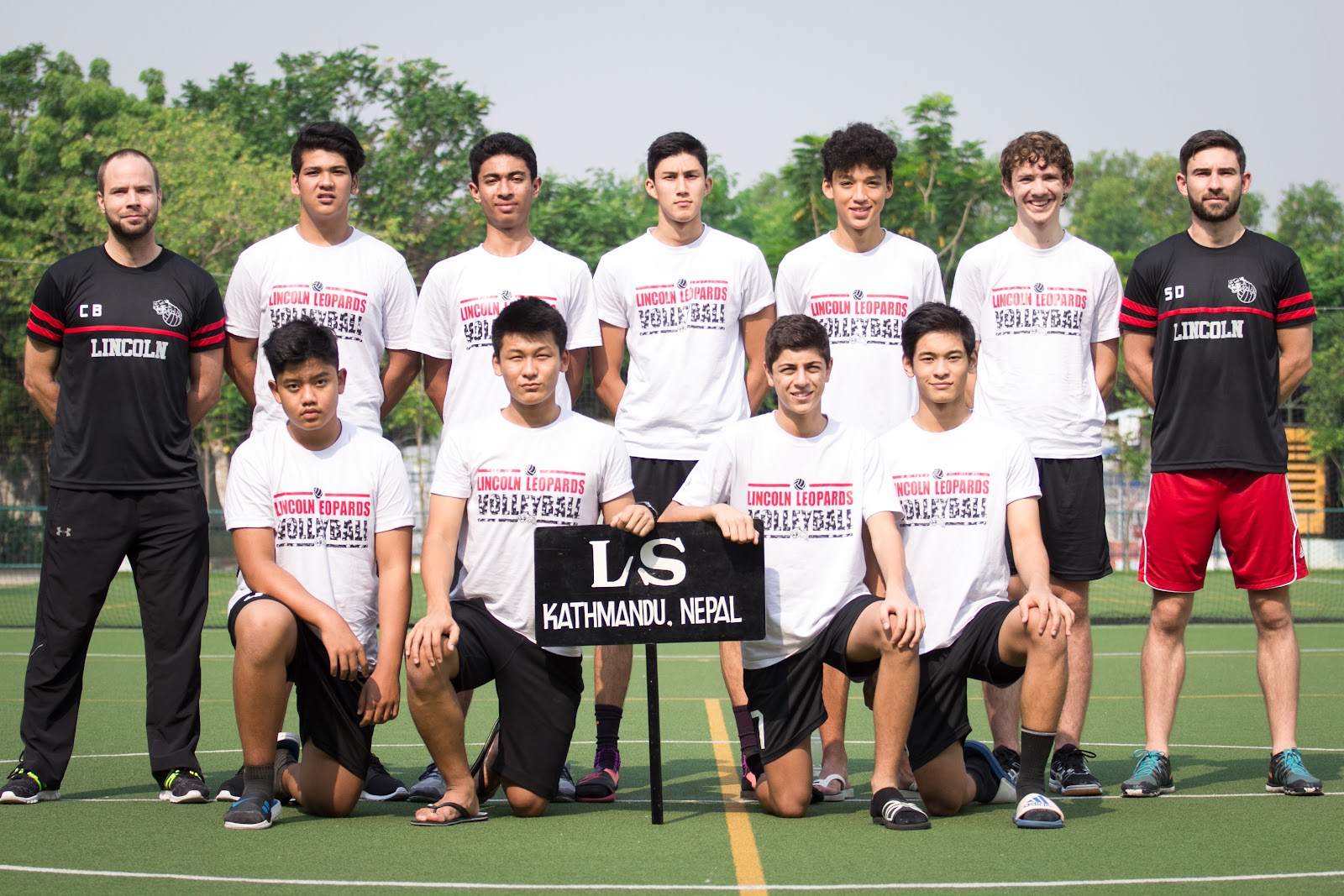 A famous American statesman Colin Powell once said, “A dream doesn’t become reality through magic; it takes sweat, determination and hard work.” Although the boys in the volleyball team didn’t quite apply it in the political sense that Powell insinuated, the same philosophy was pertinent and evident throughout their season. The season for the boys’ Volleyball started off excellently, with several of the returning players showing a big leap of improvement. Furthermore, the overall team’s chemistry and determination was invigorated with new additions to the team. Each individual in the team made sure to put in their own share of sweat, determination and hardwork. As the early season progressed, the philosophy of perseverance started to become evident in numerous games. Against the Jawalakhel club team, despite the loss, the boys showed great character in fighting for every point. As more challenging games came their way, the boys kept learning and adding improvement points to their philosophy of play. Important aspects of teamwork such communication, trust, and leadership were bolstered after every game. Another big pre-tournament game that the team faced was against the Armed Police Force (APF) team. The APF team have some of the best volleyball players in the nation. Despite losing the match, the boys showed excellent sportsmanship, and application of their training routines: executing their serves, their calls, their covers, and their hard spikes. However, there was no time to celebrate. With SAISA approaching, and a big Dashain break in the way of training, the boys had to keep improving.
The day of SAISA finally approached, and the boys departed Nepal feeling confident with their arduous nine weeks of training. The first day of SAISA brought ambivalent feelings to the players. Although the first game had been won in a heated match against Dhaka 2-1 in sets to Lincoln, the second game against Bombay was one to forget as the boys lost 2-0. At the end of the day Lincoln was second in their pool,  Coaches Sam Davis and Curtis Broker motivated the team to push for further improvement in the following days. That motivation proved effective; as the hard work, training, and perseverance that the boys had trained for started to show in the games that followed. In the second day, the boys played their final game of the table against Chennai; in which a comfortable 2-0 win saw them face ASC Jordan school in the quarter finals.
The Quarter Finals proved to be a tough game for Lincoln School, as the sets kept fluctuating in the lead of points between the two teams. However, Lincoln School went on to win both the sets. Not only did Lincoln progress to the Semi Finals, but they also created a strong bond with the boys from the ASC Jordan School.
The Semi Finals was a big test for Lincoln School Boy’s Volleyball team. After winning the first set, the boys were down in their second set with 12 points to 22 for TAISM. The team called for a timeout. In the time out Coach Sam Davis urged the boys to shrug off their complacency and bring back their mentality to fight for every point, he reminded them that they had to “take it if they wanted it, because nobody would hand it to them.” The players kept this in mind and made an incredible comeback to win the second set 26-24.  We were in the finals!
The build up to the finals brought a certain nervous-excitement to the emotions of Lincoln School boy’s Volleyball players. The day had so far been excellent, with a win against TAISM, and a nice ovation from young fans of the Chennai school. A certain vibe of confidence floated in the air as the boys changed in the locker rooms. With 30 minutes remaining until the Finals the boys walked out into the hot air of Chennai. The boys warmed up to pump up music; a routine they had carried out since their first string of wins from the Chennai game. As they huddled up in a circle, they let out all their nervous energy in the form of a dance. Each member of the team, including the two coaches danced away. The boys then walked in the gym, prepared to face the AIS/Dhaka, a tough opponent to face, but one that Lincoln had beaten in their first game of the SAISA tournament. The boys were introduced one by one, and after a full team pump up, the referee blew the whistle to start the game. What followed next was a full application of all the sweat, determination and hardwork that the boys had gone through. Fighting with all their might, the boys won an emotional final, winning 3 sets in a row. However the emotions didn’t stop there, after hearing further news from the girls volleyball and the swim team’s victories in SAISA, tears of joy celebrated a historical moment for Lincoln School. 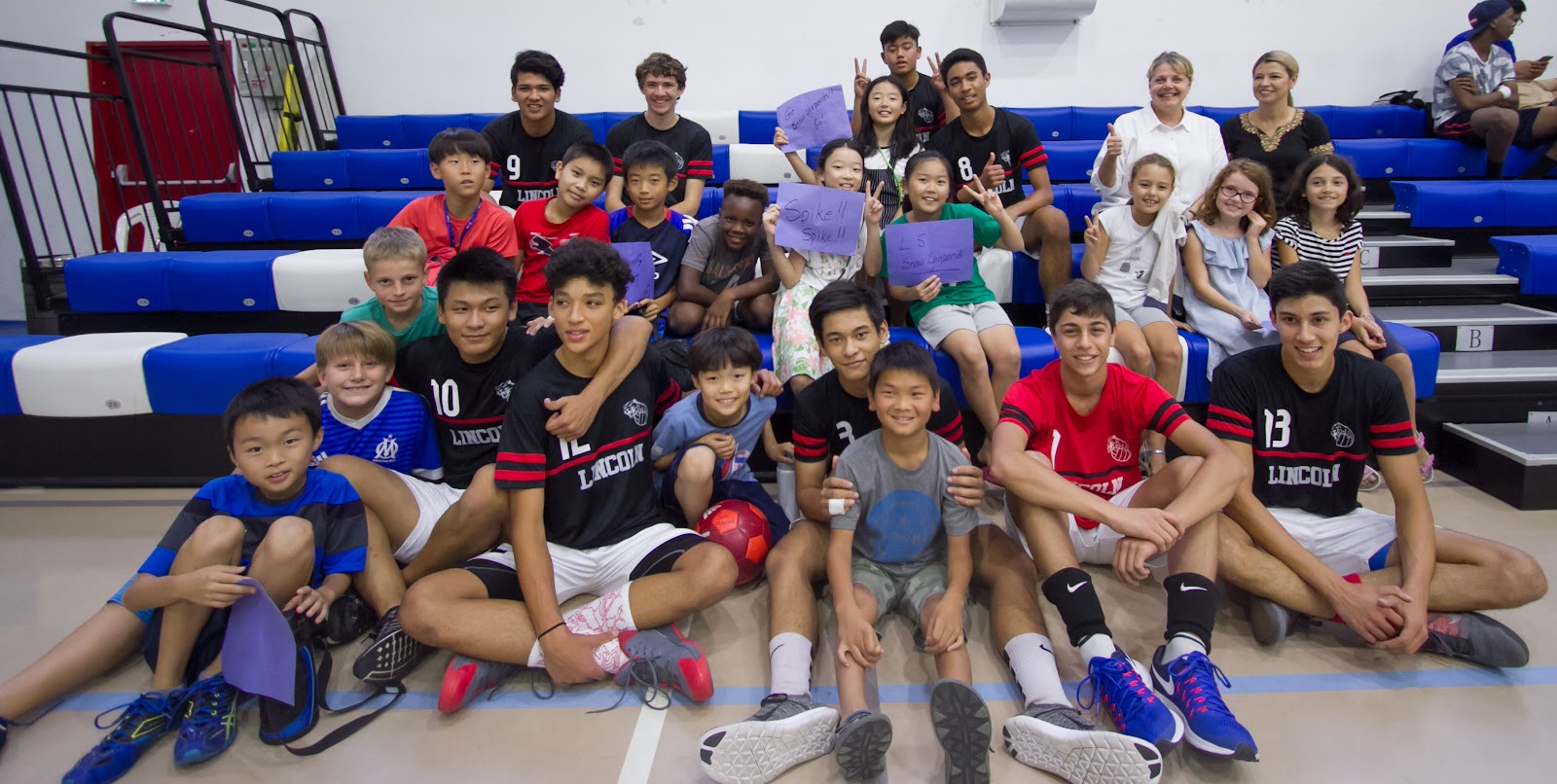 The victory of the tournament and the overall experience of everything the boys had gone through brought together a family. A family that understood each other and fought for each other. The season of the boys volleyball team perfectly encapsulated a core value of the Lincoln School mission statement,  “to have the confidence and competence to pursue their dreams.”