04 Dec 2016 - Athletics, Athletics, Activities, Aquatics, Basketball, Secondary
Our Lady Leopards had a stellar day in the Snow Leopard’s gym in the LS hosted NISSA Girls’ Basketball Final 4, heating up the floor with the some tenacious hustle, fighting spirit and sizzling baskets. In our semi-final match up against Rato Bangala, the girls took an early lead and did not look back with a 33-8 win. Especially pleasing was the manner of the defensive performance, with our goals dominating the boards and forcing a number of turnovers that were capitalized on with some slick shooting and fast breaks. In the other semi-final, KISC defeated TBS to set-up what would be fascinating final between two different, but closely contested teams.
In the final, the Snow Leopards took an early lead, showing great composure with the ball, and more tough defending. However, despite having a strong lead at half-time, the girls got into some foul and injury trouble, which shifted momentum KISC’s way. The girls fought hard, but eventually went down 32-27. It was a great learning experience for our Snow Leopards, who will no doubt learn from the experience and come back stronger. 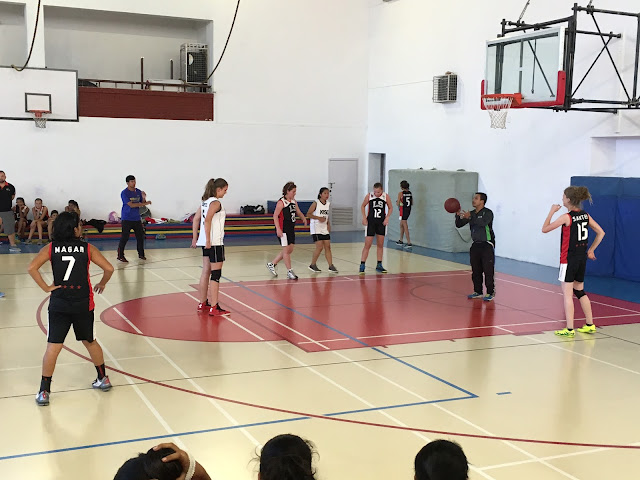