SAISA Music 2017 – From the Himalayas to the Bottom of the World!

03 Mar 2017 - Athletics, Activities, Aquatics, SAISA, Secondary
From The Himalayas to The Bottom of The World
By Connor Swanson
This trip was truly one of firsts. Not only was it some people’s first time traveling to a SAISA event, but it was also the first SAISA event hosted by ACS. As a first time SAISA participant, I would like to give you a short recap of some of the details of our journey. 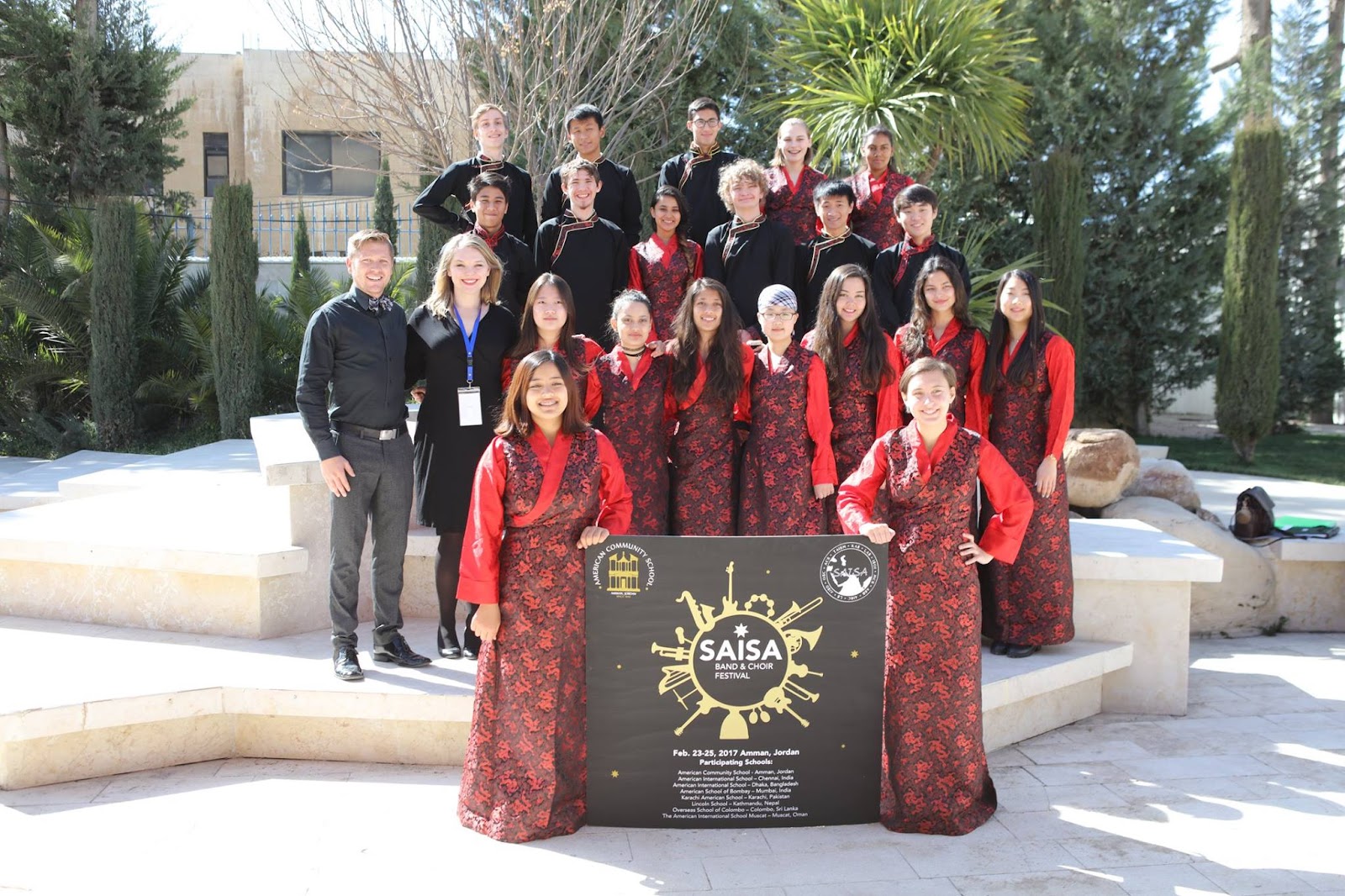 Our trip began on Tuesday, and after getting through security and heading out on our first three hour flight we landed in Sharjah, where our group immediately divided to to explore the airport during the layover we had before departing. After our flight and subsequent journey through immigration we boarded our bus and headed to the hotel
On Wednesday we headed to Jerash, where we explored and appreciated the ancient architecture of these Greco-Roman ruins, took an enormous amount of photographs, and purchased some tourist items before we departed. After grabbing some lunch we headed to the ACS campus and met up with our hosts. 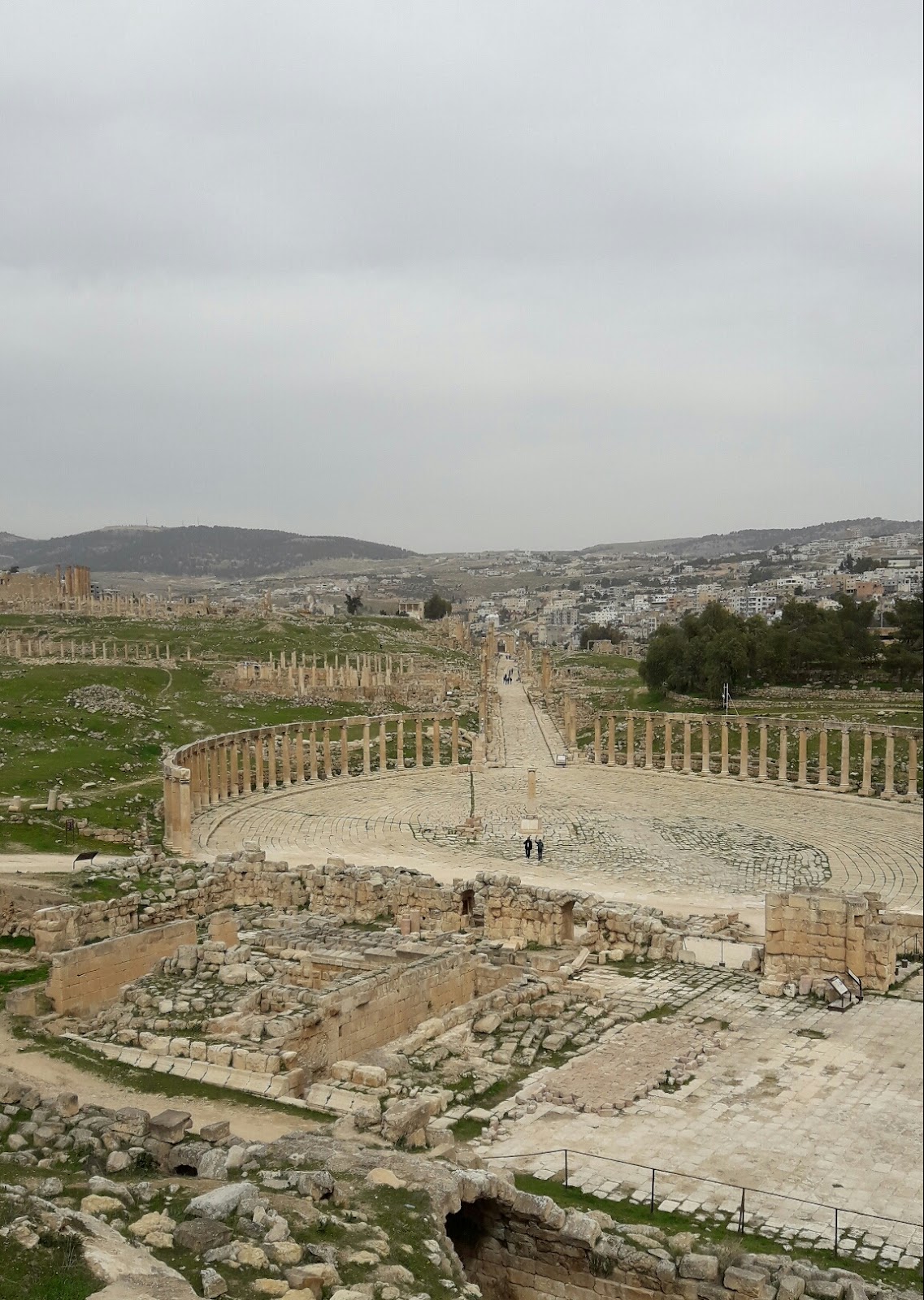 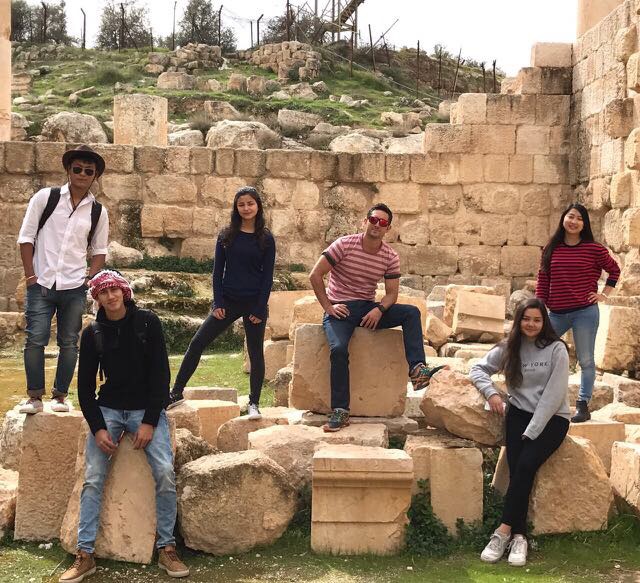 Thursday is where the fun really began. After an amazing opening ceremony, all the schools separated into the large band and choir ensembles to get accustomed with the pieces, and with the various directors who would be assisting us. We then separated into our various sectionals so that these directors could give us constructive criticism and some advice about our specific area of music.
On Friday we started in our sectionals to continue polishing the individual pieces before moving into our large ensembles to finalize elements of the main ensemble music. We then split into workshops where I specifically participated in a combination of choir and percussion. After our practices we viewed a performance by the 1st Cavalry Band and some of the student ensembles.
Saturday was the final day of our musical rehearsal and was completed very quickly in anticipation of our concert, We started with our ensemble practices, then had sectionals till about lunch time. During this time some of the additional performances were practiced along with preparing for presenting the pieces. 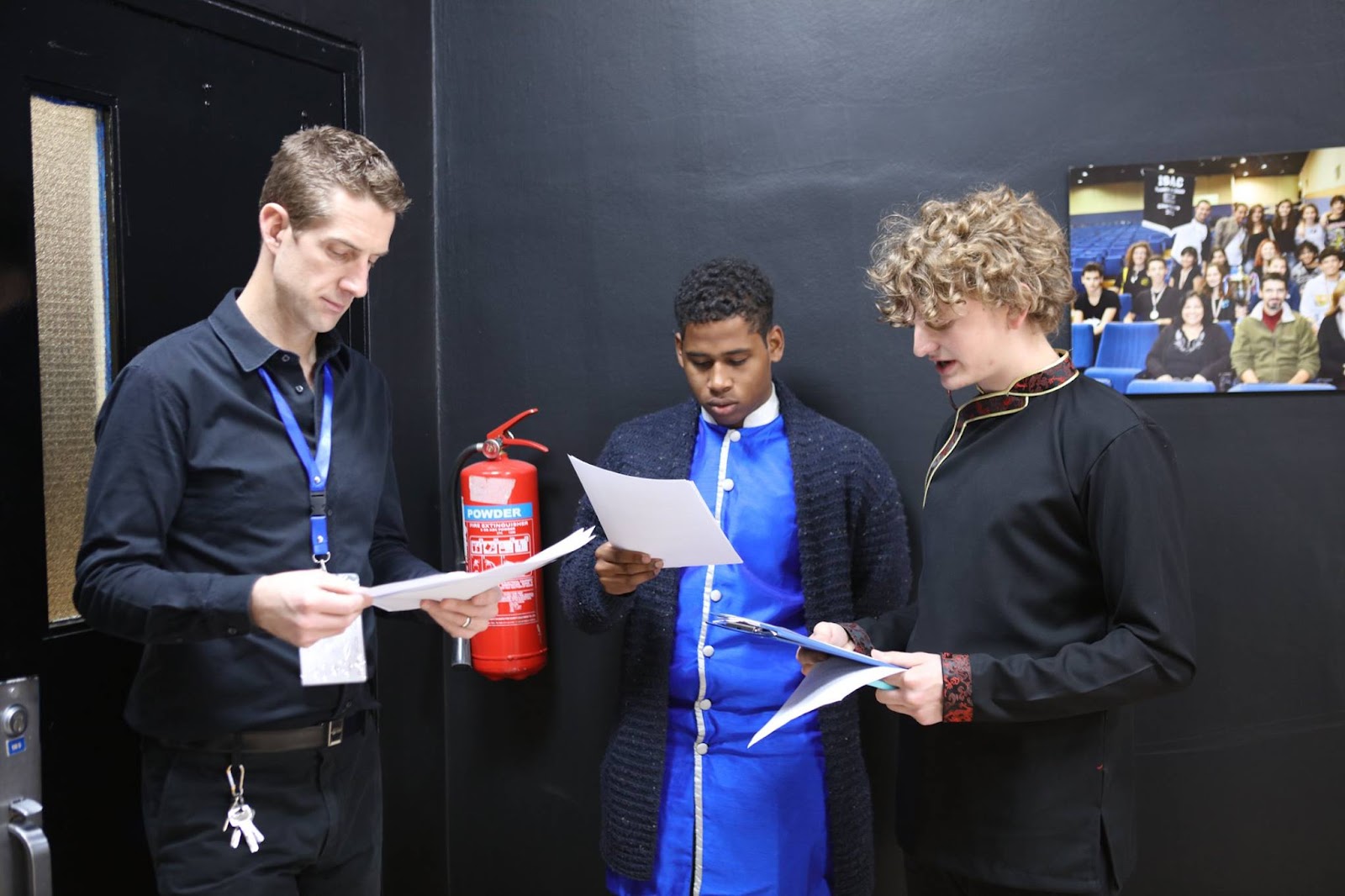 The concert went very well, and was an excellent first display by ACS in terms of both the quality of performance and dedication of the video crew. If you missed the stream, the link is here http://lssaisamusic17.blogspot.com/2017/02/day-7-return-to-nepal-and-performance.html
On our last day in Jordan we loaded onto to a bus and spent a few hours relaxing at the Dead Sea before leaving for the airport. In fact this last day allowed me to reflect and to firmly state that this trip left a great impression not only upon ACS as a host but also makes me want to return to Jordan at some point. It is also confirmed that SAISA rocks! 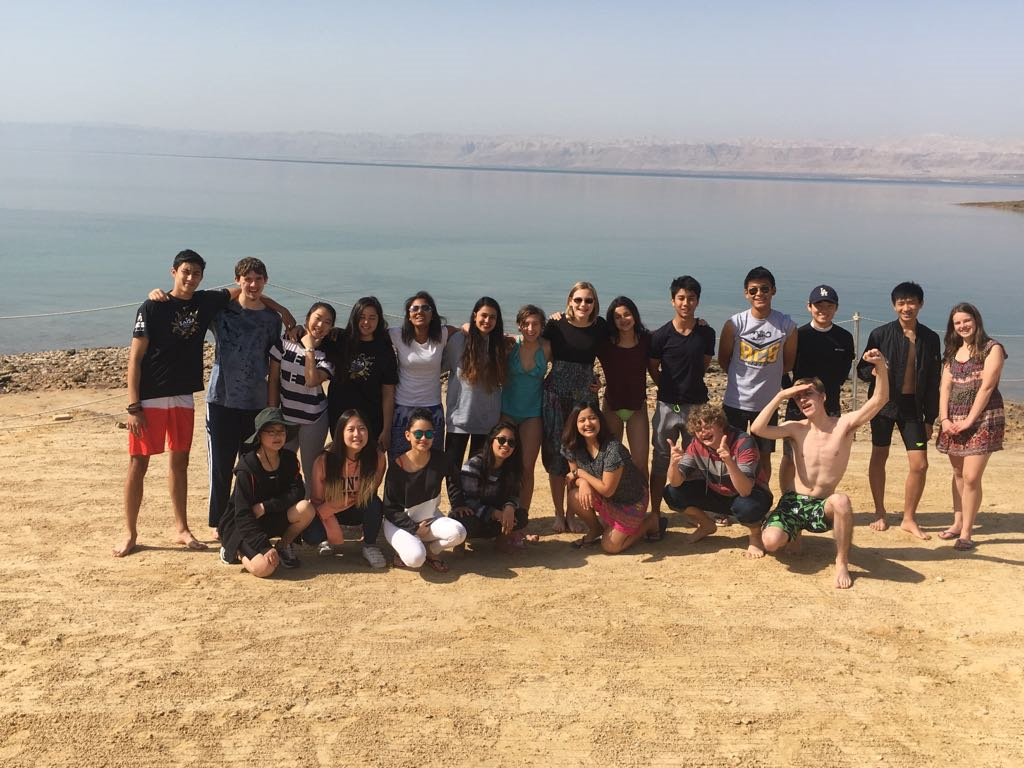