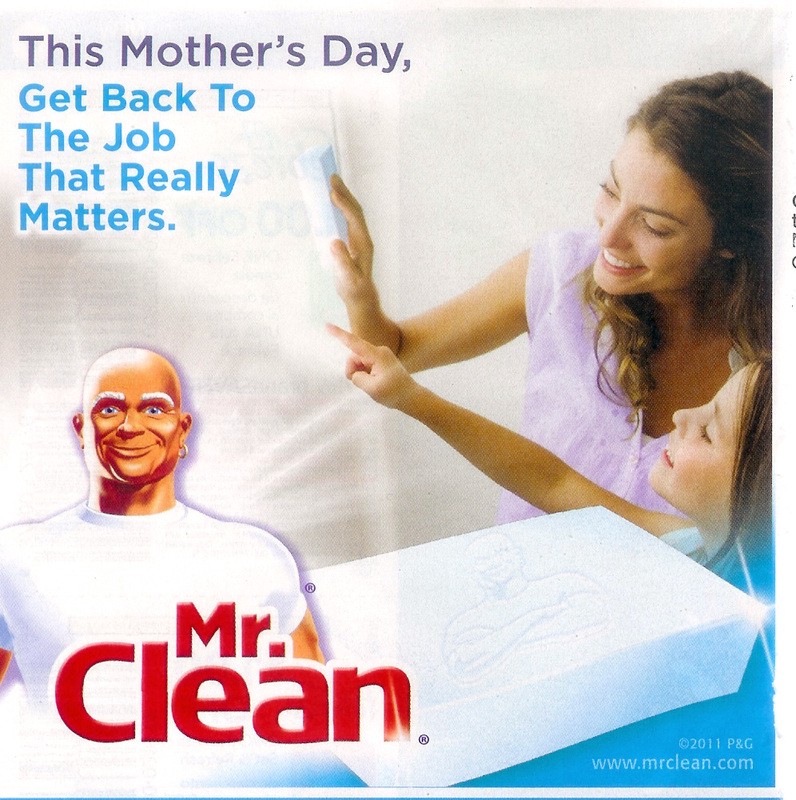 07 Feb 2017 - Blog, Expressions
Nikhil Singh
In this day and age, it isn’t an aberration to find an advertisement that is blatantly sexist while surfing through the internet or browsing through magazines. Either through objectification or gender stereotyping, these advertisements devalue women and degrade them to an eye candy role or put them in stereotypical roles. When we imagine a sexist ad, we imagine a highly-sexualized woman in a suggestive pose attempting to draw attention to a completely unrelated product. However, more common are the subtle ads that portray women in a stereotypical housewife role, with their main goal being taking care of her family. Even large companies such as Samsung have created these ads like their 840 EVO SSD ad, reducing women to a mere housewife role, largely unfamiliar in the land of technology.

Image Source
One certain ad that I discovered while browsing the internet was this particular Mr. Clean Mother’s Day promotion ad. In the ad, a mother is cleaning what is presumably a window while her daughter points to a spot that she missed. The caption given in this audacious ad is “This Mother’s Day, Get Back To The Job That Really Matters.” It doesn’t take a scholar to find where the sexism lies in this ad. It is a clear example of modern stereotyping and reinforces gender roles in today’s society. The ad portrays women in a typical housewife role whose job is to clean the house as it is “job that really matters.” Ads such as these indicate that the only job a woman should be in is that of a housewife, and refuse to portray women in any other role.
I asked a friend of mine if she could “bust” this certain ad, and create a mock ad that removes the inapt portions of the ad and makes it a more correct ad. The product, as you can find below, is a more fitting ad which is no longer deleterious to the value and importance of women in today’s society.

Image by Sneha Verma, Lincoln School
The caption she gave, “From today onwards, stop telling others what to do and do it yourself” perfectly encapsulates the ideas that should be the norms in our society. No longer is cleaning windows solely a mother’s job. Rather, it’s up to each and every one of us.
Share
Print page