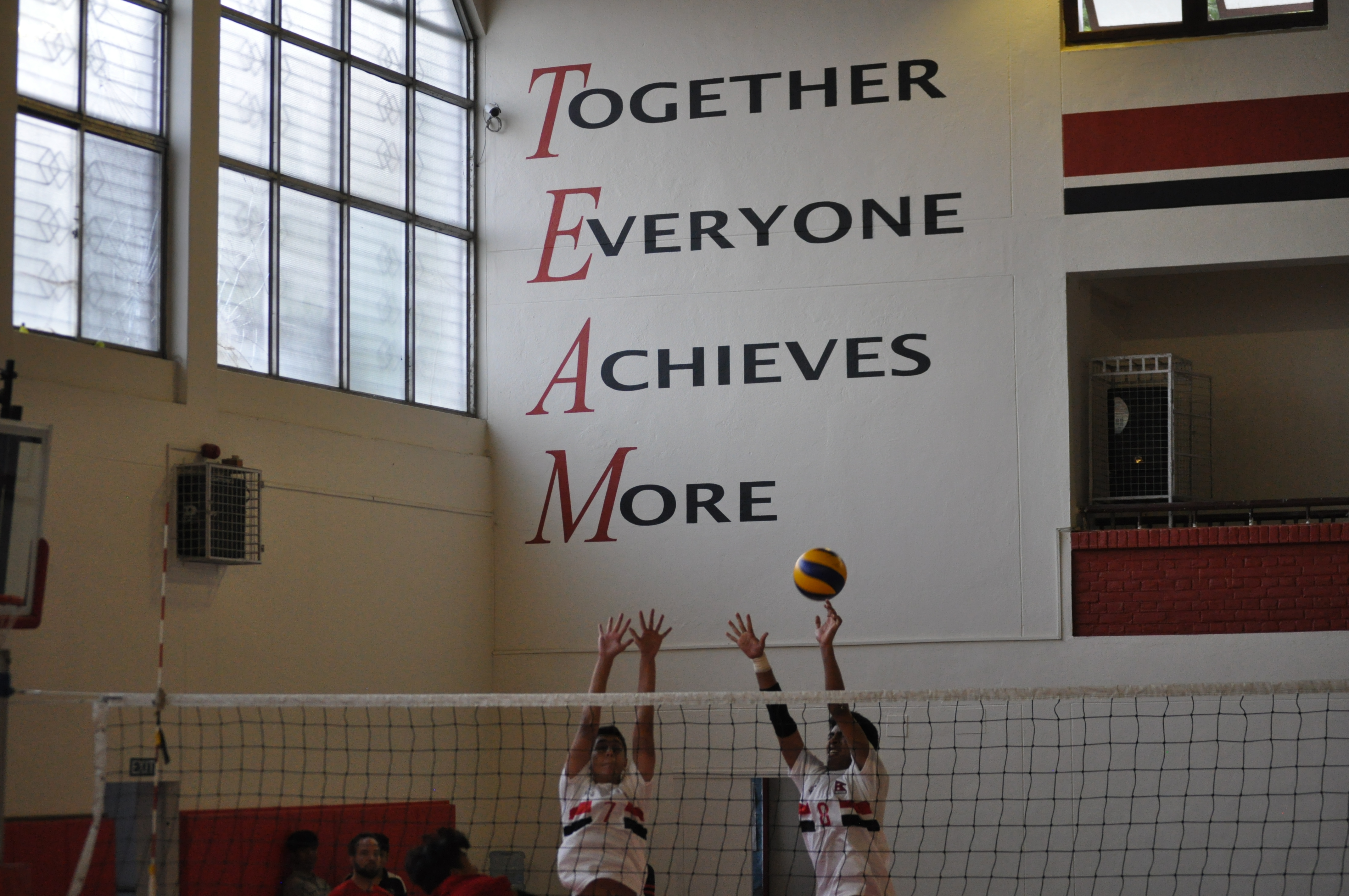 The Lincoln Invitational Volleyball Tournament was a valuable learning experience for the Boys’ Volleyball team. Lincoln, the defending champions, came into the tournament feeling confident and up for the challenge. The first game of the day was against the Jawalakhel Volleyball Club “A” team. Even against this semi-professional team, the Lincoln boys played their game with confidence and put up a fight. The first set was an astounding, nail-biting performance that finally finished 37-39. Lincoln lost the first set due to small mistakes made in what was a high-pressure situation against a veteran opposition. Learning from their experience in the first set, Lincoln bounced back and took the second set, playing very consistent and effective volleyball. Drawing on their vast experience and understanding of the game, Jawalakhel “A” team took the final set to win the game

After two hard fought 3-set losses, the Lincoln boys got together to discuss their plays. Although they recognized what they did well, they were also aware that they could perform better in parts of their game. They debriefed their performance, providing each player with feedback and words of advice. This preparation helped them in their final game of the day against The British School. In this game, they used the depth of their squad and played with control and maturity, winning the game in straight sets.

The Lincoln boys played against high-level competition and learned many valuable lessons through their experiences. The Lincoln Invitational was a great opportunity for the team to challenge themselves and gauge their performance levels with a month to go before the SAISA tournament in Bombay.