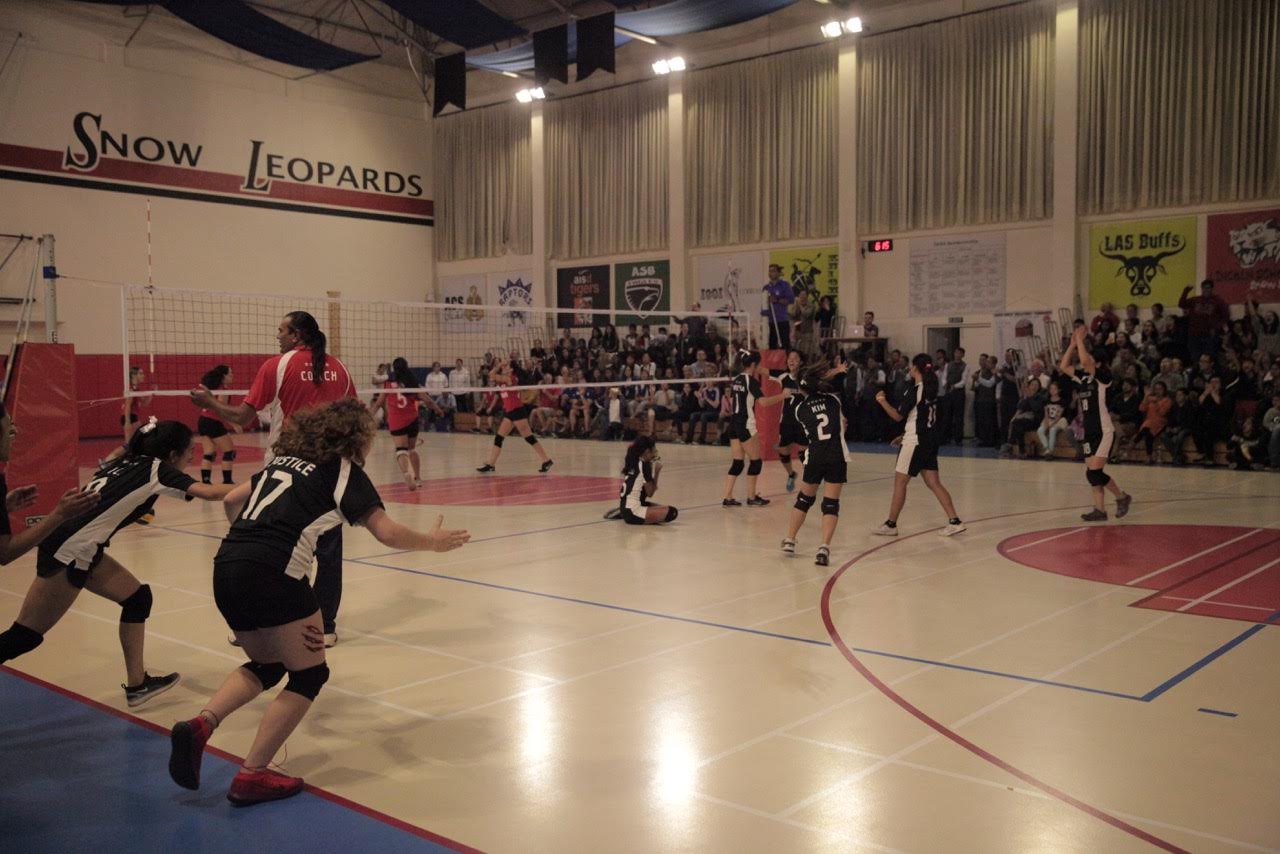 Lincoln Girls’ Volleyball Secure Back to Back SAISA Championships!

KATHMANDU, Nepal. — Bo Jackson, an American football and baseball player once said, “Set your goals high, and don’t stop till you get there.” Looking back on the SAISA season this is the exact stance that the LS girls’ volleyball team took. The season started with many returning players, and because of this the coaches wanted to build consistency and reliability through the team this year. As usual, height was not the strong suit of the LS girls volleyball team, however, they made up for it with their agility and quick thinking. Halfway through the season, Lincoln School hosted its first invitational volleyball tournament, where the girls team were given the opportunity to play and beat the American Embassy School, New Delhi, as well as TBS and other local clubs. The girls improved their volleyball plays and comfort with each other quickly. Soon their minds were focused on winning the SAISA tournament. As the number of practices slowly ticked away, Dashain and Tihar marked the impending volleyball tournament. The girls were excited to play at home in front of their family and friends, and on the court they practiced on during the season.

On October 26th, the girls got on their usual morning school bus but instead of walking to class they met together in the health room, to prepare for their first game. The bleachers were full after the opening ceremony and so the girls got to win their first game by a landslide in front of everyone. With the rush of the first game, the girls continued with that momentum to win the second game of the day against ACS Jordan. The girls left school happy with the success of winning every set they played by over 10 points; this became a recurring situation the next two days.

The first game they played on the second day was against the team (American International School Dhaka, AISD) they were neck and neck with in their pool. The girls went through their usual routine to mentally and physically prepare them. What they thought would be a hard fought game, turned to their favor when a streak of serves won them 10 points consecutively. With this confidence the girls went on to win the game 25-11 25-10. The last game that day the girls were able to carry out some new plays and end the second day with a clean sheet. On Saturday morning, the girls came into school ready to play their semi-final game against AISD again. Knowing that they had already beaten this team helped to give Lincoln the mental edge. With another 25-9 25-12 win, the girls were in the final. In good spirits they rested and watched the other volleyball games.

Routine was a very important part of this team’s preparation for games. So the girls tied their hair bows, painted their faces, and went through their warmup, the same as any other game. And like any other game, it put them in the right mindset. Like the first game, there was a full gym for the last game of the tournament. The girls had a rocky start, the points on both side of the score board were growing. After a quick timeout they shook off their nerves and came back strong. Scoring some good hits and serves, they won the first set 25-14. In similar fashion they had the second set wrapped around their pinky fingers. The girls were enjoying the game in front of the home crowd and were playing some amazing volleyball. With the second set in the bag, the girls had one more until they would have a gold medal hanging around there necks. Eager to be champions, the girls finished it off quickly  (25-7) to win the SAISA Girls’ Volleyball Tournament 2017. The girls aimed for back to back SAISA championships, and that is what they did with flying colors.