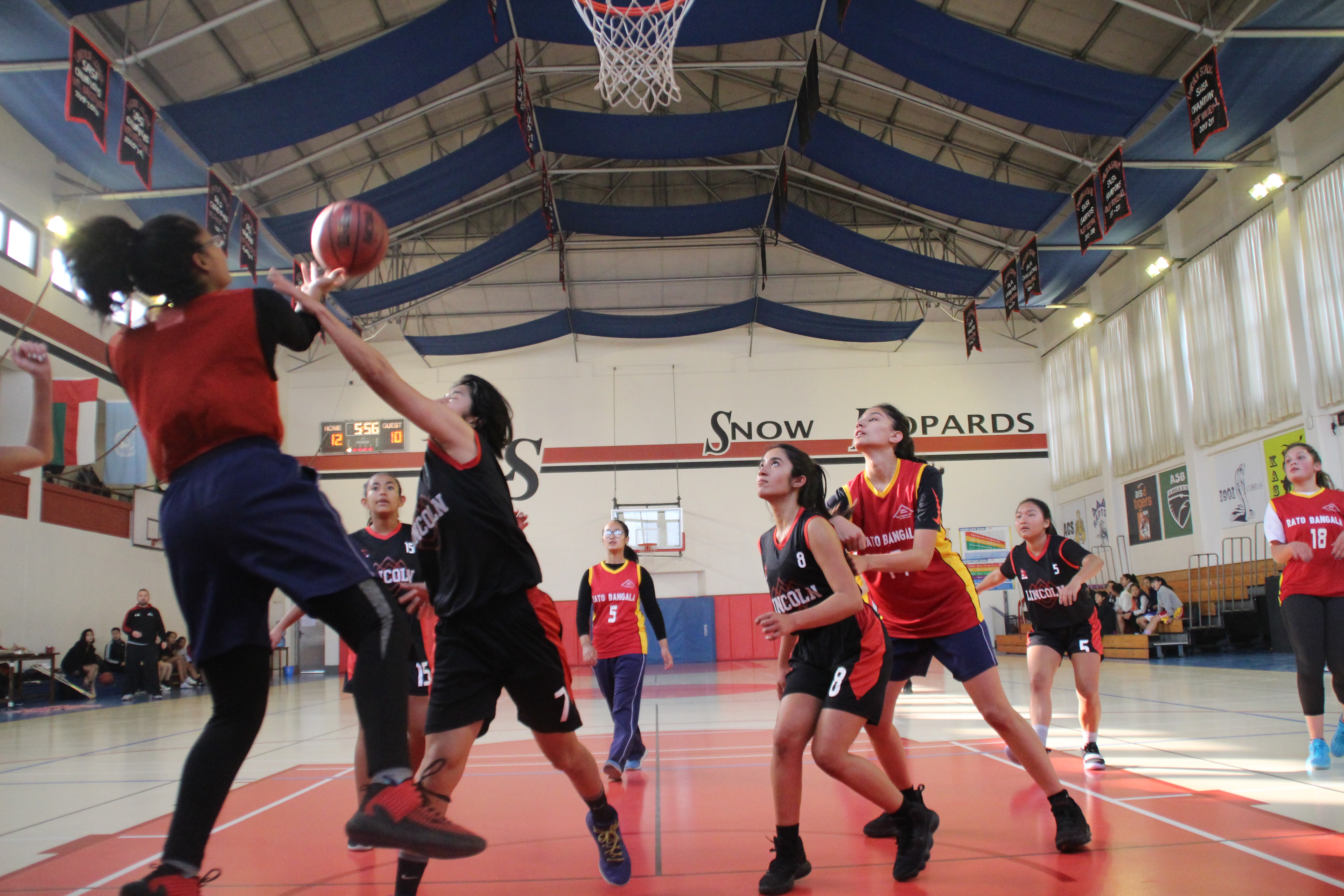 This past weekend Lincoln hosted the LS Invitational Girls’ Basketball Tournament that included five teams from within the valley.

The Snow Leopards came into the tournament with only two fit starters from last season. However, they still earned their spots, winning three out the four games to finish with the silver medal.

Sarya and Akshara, the returning starters, showed why they’re the heartbeat of this growing team. Sarya got the team going with solid defense and her outside shooting. Akshara S. showed up big with her energetic play and transition baskets, including the game-winning free throw against RBS in game 1.

Later, 8th-grade sensation, Ihra H. continued to drive past all defenders as she was able to score by getting to the rim on a consistent basis.

New additions Celine R. and Deeya S. started to gel defensively and will be a significant part of this team going into the upcoming SAISA Championships.

The reserve Snow Leopards also were able to compete for “Team United,” filling up the stat sheets were;

The Snow Leopard team also honored Ayushma and Tanisha (both out for the season with injury) by wearing their respected numbers on the backs of their jerseys. “We’ll carry them on our backs, as they push against our hearts.”