14 Nov 2016 - Athletics, Athletics, Activities, Aquatics, Football, High School, SAISA
Our Lincoln School Varsity Boys’ Soccer team enjoyed a great day out in the sun on Sunday against KISC at the Buddhi Bikas Mandal ground. Despite it being our first game of the season, the boys began brightly, showing their attacking intent with an aggressive high pressing game. The boys’ athleticism, speed and desire proved too much for KISC, who found themselves two goals down at half-time. However, it was the 2nd half when the floodgates really opened and our Snow Leopards found their flow with some great team play and stunning solo efforts. All players in the match-day squad contributed to a great team effort by both keeping a clean sheet and scoring 10 excellent goals. Although there will be sterner tests to follow for our Snow Leopards, the signs are that this group of boys can really develop into an outstanding team. We play our 2nd game of the season against Rato Bangala on November 19th, after UN Day. 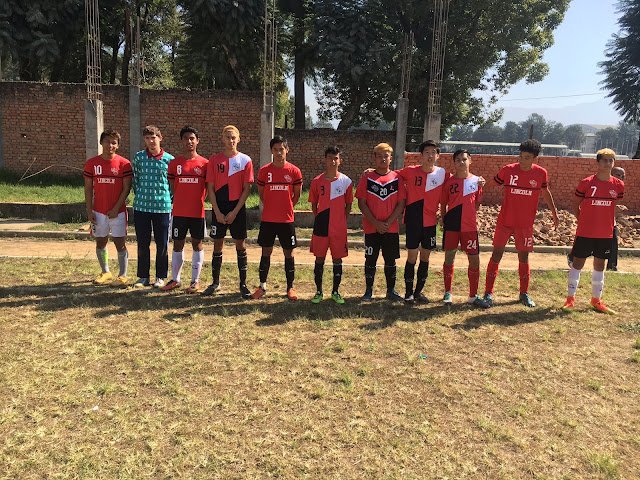