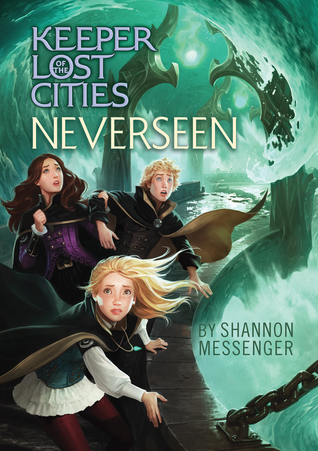 Neverseen by Shannon Messenger
From Goodreads: Her closest friends from the Lost Cities have gone with her to join the Black Swan. They still have doubts about the shadowy organization, but the only way to find answers is to start working with them. And as they settle into their new lives, they uncover secrets far bigger than anything they’d imagined.

But their enemies are far from done, and unleash a terrifying plague that threatens the safety of an entire species. Sophie and her friends fight with everything they have—with new allies joining them—but every choice has consequences. And trusting the wrong person could prove deadly.

In this game-changing fourth book in the Keeper of the Lost Cities series, Sophie must question everything to find a truth that will either save her world—or shatter it.