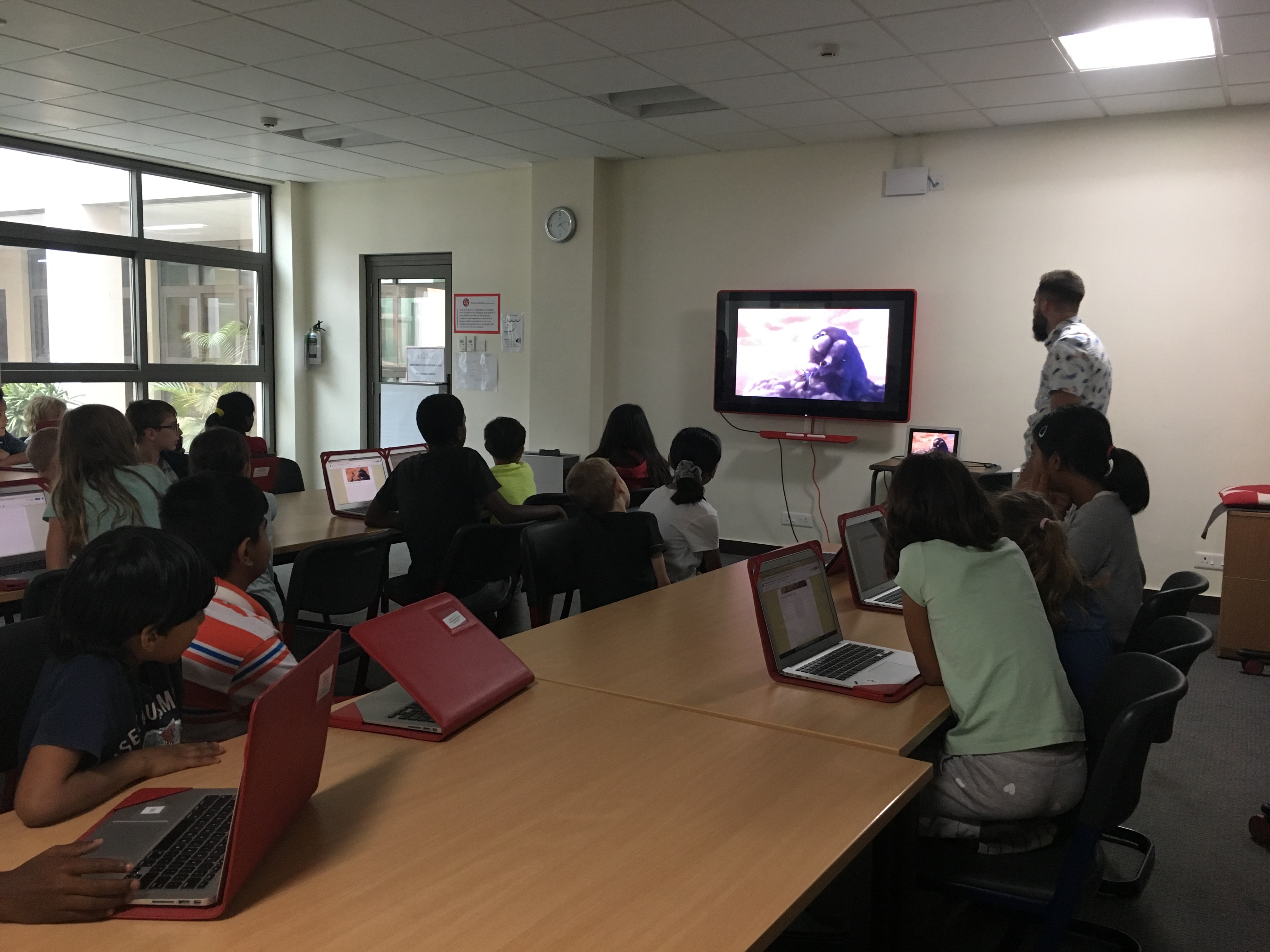 Today G1 and G5 got together one last time as Buddies!

We watched a Pixar short called “Partly Cloudy.” Each group of students chose one of the main characters, either the stork or the cloud. Every few minutes we stopped the video and put ourselves in the character’s shoes. We recorded the character’s internal dialogue, including what the character is thinking and feeling at that moment in the story.

It was a new challenge for G1 students to think about a character’s internal dialogue. We had to use words like “I feel…” or “I think…” instead of saying “The stork feels…” or “The cloud is thinking…”

We had a great year partnering with G5 and learned a lot while having fun each time we got together! Thanks, Grade 5 Buddies!